This time when we went from Thonburi Station to Kanchanaburi, we took Thai train! An open-air one. Not that dreamy as you might be imagining right now. Still, it was a lovely ride! I love traveling by train I’m not too sure if this way of selling food is common in your country. In Thailand, when

THAI TRAIN NOODLE ON A TRAIN TO KANCHANABURI 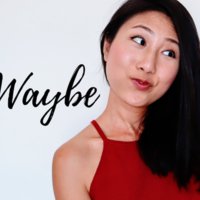 This time when we went from Thonburi Station to Kanchanaburi, we took Thai train! An open-air one. Not that dreamy as you might be imagining right now. Still, it was a lovely ride!

I love traveling by train

I’m not too sure if this way of selling food is common in your country. In Thailand, when you’re on trains travelling across the provinces, there’re tons of these people get on the trains carrying stuffs around to sell when trains stops to pick up more passengers at train stations.. Soda, coffee, snacks, or even the food that could be an actual meal.

On the way just as usual, at most of the train stations, there were people came up to sell stuffs. Most of the stuffs were just as normal price as they’re supposed to. Some were 3 times more expensive as they sellers try to take advantage of you. (They know you can’t do much when you’re thirsty/hungry on a train). Though, some were so surprisingly inexpensive.

One of the things we’re actually expecting as we had read the review on the internet before. Those experienced travellers recommended we grab a few packs of these noodle on the way from Bangkok to Kanchanaburi. To be exact, it’s at Nakhon Pathom Station!

This lady walked around with a basket full of packs of noodle. To make sure if it’s really the same one that we read the review before, we ask ‘How much is it?’

Yes! That’s the one!

No one sells food, especially the actual food like this, for 10 THB no more. ‘Well, she does! and to be honest, probably the cheapest one I have ever eaten for a long while.On the packs, stamped simply ‘Nakhon Pathom’, the city we stopped at.

We got quite a few of them as you know, the size’s not that big due to the super duper cheap price it’s sold. I had 2 myself and that’s just the perfect amount for the 95lb person.

I personally didn’t like it that much as it’s a bit bland and sweet. Though, I would totally recommend you give it a go because.. why not?

Another fun small moment on a Thai train jouney. If you have never been on one, do it. Thai train would give you the total different aspect of traveling by train! Get a pack or two of the noodle if you’re going to/from Kanchanauri! xx

To get one of these, keep an eye when you’re on a train. The pretty lady gonna come up and sell the noodle at Nakhon Pathom Station. – Check out more of my Kanchanaburi travel posts and you will fall in love with this province

Here‘s where the train leave from exactly, Thon Buri Train Station(Not too far from Wang Lang Market and Siriraj hospital where you can go enjoy tons and tons of street food)